The raging started around the second week of February and it continues online and in the offices of #taxpros around the country right now. Many taxpayers are furious that they are not getting as much back on their income tax refund as they were expecting or worse—they have a balance due! Alas, this was not news to the people at the IRS who had been warning taxpayers via an extensive public information campaign to check their withholding. You see, the Tax Cuts and Jobs Act (TCJA) reduced income tax rates for everyone. But it also eliminated (well, suspended) personal and dependent exemptions and eliminated or capped some types of itemized deductions. And the IRS adjusted withholding tables (how much gets taken out of each paycheck to “put in the bank” towards your federal income tax) to (they thought) more closely align with the taxes that would be owed under the new law. Epic fail. 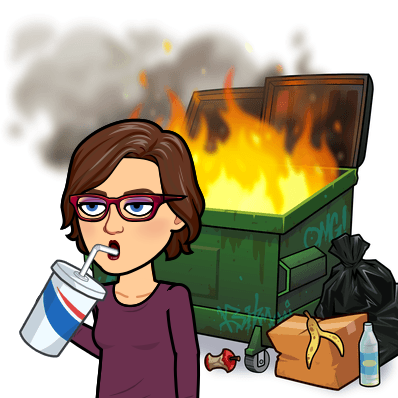 Epic fail in so many ways.

First, some people are actually paying higher taxes under the new law despite the lower tax rates and wider brackets. If you have a large family, the elimination of dependency exemptions often was not leveled out by the increased standard deduction and child tax credit—especially if your large family includes a couple of older teenagers. The new higher standard deduction doesn’t help much if you used to have itemized deductions that were close to the new amount. Combine the itemized v. standard issue with the suspension of exemptions and many people are getting some nasty surprises. They actually do owe more tax under the new law than they did under the old law. But even for taxpayers who are paying less in taxes, they have smaller refunds or a balance due. Why? Because of those adjusted withholding tables. They were getting more money back in their paychecks for most of the year instead of on their tax refund at the end of the year.

Here’s the thing—the people who made this law (who make all of the tax laws) simply do not, cannot, will not comprehend the day-to-day reality of most taxpayers. Their “conventional wisdom” is about the “time value of money” (yeah, google that stuff). They figure it’s a bad thing to loan your money interest free to the government for the better part of a year instead of having it in your bank account making money for you. The bits they miss are 1) according to the data most Americans don’t have enough money in savings to cover a $400 repair bill, so that extra in the paycheck is going towards necessities or niceties (depending on income, family size, etc.), not into the bank and 2) the interest rates on garden variety savings accounts are so close to zero right now that it really doesn’t matter if that extra withholding is being held by the government or put in a savings account (even in a savings account with upwards of $25K in it). Oh wait! Yes it does matter where that money goes. If the government is holding onto it, the taxpayer doesn’t have easy access to it. Tax withholding and the annual refund is actually an easy (if interest free) savings vehicle for many taxpayers. And one that taxpayers count on each year! 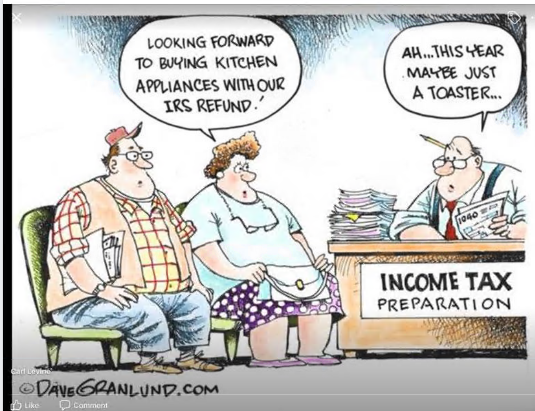 The IRS finally snapped to this and to the fact that the new withholding tables might have been, shall we say “a bit optimistic” about the overall effect of the tax cuts. Hence the public information campaign. Now, having my finger on the pulse of the IRS pretty much year round, I was well aware of this campaign and of the withholding calculator they were encouraging taxpayers to use to do a “paycheck checkup.” Nevertheless, since I have a few clients who were unaware of the most sweeping change to the tax code since 1986, I am not surprised at all that many of my clients and many more taxpayers were completely unaware of this big public information campaign.

Every #taxpro I know (including me) made clients aware of the potential issues during tax season last year and during the summer. I offered (and always have offered) my clients a mid-year withholding checkup where I do a “back of the envelope” calculation based on last year’s information, current year information, and any changes to the big tax picture that may have occurred or are expected to occur before the end of the tax year. Some #taxpros charge for this, others do not. I don’t typically charge for a basic checkup, I will charge for more extensive calculations or tax planning. In any case, non-DIY taxpayers probably had one or more opportunities to address the potential issues with their withholding. Many chose not to, some with unfortunate results.

But what about the DIY people? Well, if they missed the public awareness campaign then they probably got surprised. But what if they were aware and what if they tried to use the withholding calculator? You know what? I tried it. I thought it might be faster and easier than my usual hand calculations. It wasn’t. To use the withholding calculator you practically had to do a half year tax return. You also had to know a lot of tax language (AGI, dependency exemptions, tax credits, itemized v. standard). And here is, again, where the people making the laws and creating these tools have a disconnect with taxpayers. Most taxpayers, even if they do their own returns using commercial software, really don’t understand the process—they only understand the end result: refund or no refund. I have high earning, highly sophisticated taxpayer clients who barely grasp it—not because they are dumb (they most certainly are not) but because there is a lot of specialized language and a lot of moving parts and this is not what they do all the time. If I threw up my hands in frustration trying to use the IRS tool, I can only imagine what a “regular” taxpayer was feeling.

Situations like these are where a good #taxpro adds value. It’s why we cost more than DIY software. We understand the big picture (and often the history) for each client. And we can do calculations by hand faster than you can do them with software and, because of that big picture knowledge, we are often more accurate. I dial my clients into whatever type of refund they want. I have some clients who don’t mind getting big tax bills when they file their returns (they are the clients whose money is making them a lot of money). I have others who like to break even; they want the most take home pay they can manage and don’t mind a small refund or balance due. I have others who want those big refunds. They do use their federal income tax withholding as a no interest savings account. And you know what? That works for them and that’s OK with me!

The bottom line is that a lot of the rage is coming from people who think they are paying higher taxes because their refunds are lower (or not there). Not true. Some rage is coming from people for whom the tax cut actually was not a tax cut. Definitely and depends greatly on individual facts and circumstances. When you hire a #taxpro to “do your taxes” the good ones do more than put numbers in boxes. They help you meet your financial goals and prepare for the effects of tax law changes such as these. So if you decide to “go pro”—choose wisely, choose well.